3D
Scan The World
2,799 views 88 downloads
Community Prints Add your picture
Be the first to share a picture of this printed object
0 comments

Admiral Sir John Ross (24th June 1777 - 30th August 1856) was a British naval officer and Arctic explorer. He was the uncle of Captain Sir James Clark Ross, who explored the Arctic with him, and later led expeditions to Antarctica.

In 1786, aged only nine, Ross joined the Royal Navy as a first class volunteer and was assigned to HMS Pearl. During his service, Ross was wounded several times, the most severe of these being in 1806 when boarding a Spanish vessel; he received wounds inflicted by a sabre and bayonet.

In 1850, at the age of 72, Ross undertook a third voyage to the Arctic regions, this time in search of the expedition party of Sir John Franklin which had not been heard from for four years. 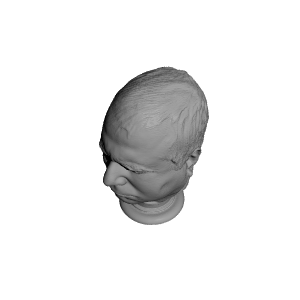 ×
0 collections where you can find Sir John Ross by AnatomicalMuseum