3D
Scan The World
1,827 views 115 downloads
1 collection
Community Prints Add your picture
Be the first to share a picture of this printed object
1 comments

Sir John Watson Gordon (1788-1864) was the leading portrait painter of Victorian Scotland and the successor to Raeburn, who was briefly his master. At his best, he produced some of the finest British portraits of the nineteenth century. He was closely connected with the Scottish, later Royal Scottish, Academy and was its President from 1850 until his death. 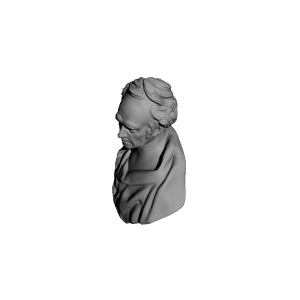