3D
Scan The World
2,769 views 109 downloads
1 collection
Community Prints Add your picture
Be the first to share a picture of this printed object
0 comments

Sir Robert Bruce Cotton, 1st Baronet (22 January 1570/1 – 6 May 1631) was an English antiquarian, member of parliament and founder of the Cotton library.

Of Huntingdonshire parents, Cotton was educated at Westminster School, and at Jesus College, Cambridge, where he graduated BA in 1585. He began to amass a library in which the documents rivalled, then surpassed, the royal manuscript collections.

Cotton entered the Parliament of England as MP for Newtown, Isle of Wight in 1601 and as knight of the shire for Huntingdonshire in 1604. He helped devise the institution of the title baronet as a means for King James I to raise funds: like a peerage, a baronetcy could be inherited but, like a knighthood, it gave the holder no seat in the House of Lords. Despite an early period of goodwill with King James, during which Cotton was himself made a baronet, his approach to public life, based on his immersion in old documents, was essentially based on that "sacred obligation of the king to put his trust in parliaments" which in 1628 was expressed in his monograph The Dangers wherein the Kingdom now standeth, and the Remedye. From the Court party's point of view, this was anti-royalist in nature, and the king's ministers began to fear the uses being made of Cotton's library to support parliamentarian arguments: it was confiscated in 1630 and returned only after his death to his heirs. 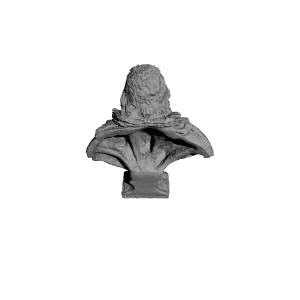 ×
1 collections where you can find Sir Robert Bruce Cotton at The British Museum, London by Scan The World