3D
Scan The World
2,708 views 108 downloads
Community Prints Add your picture
Be the first to share a picture of this printed object
0 comments

Sir Robert Ludwig Mond (9 September 1867 — 22 October 1938) was a British chemist and archaeologist. Robert Mond was born at Farnworth, Widnes, Lancashire, the elder son of Ludwig Mond, chemist and industrialist. He was educated at Cheltenham College, Peterhouse, Cambridge, Zurich Polytechnic, the University of Edinburgh and the University of Glasgow and studied under William Thomson. 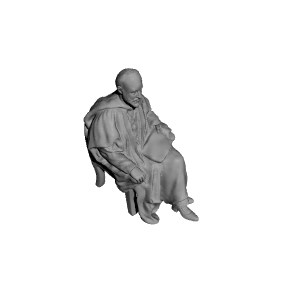 ×
0 collections where you can find Sir Robert Ludwig Mond at National Portrait Gallery, London by Scan The World