3D
Scan The World
1,545 views 79 downloads
Community Prints Add your picture
Be the first to share a picture of this printed object
0 comments

This is a statue of Sir Samuel Bignold (1791–1875), who was a British businessman and politician, primarily concerned with the city of Norwich. He was the secretary of the Norwich Union Life Office between 1815 and 1875 and a mayor for several years. This commissioned portrait of him is placed in front of Surrey House in Norwich, where the Union Life Office originally resided. 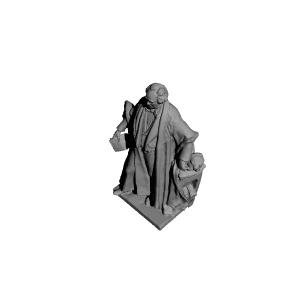