3D
360°
Scan The World
1,976 views 114 downloads
3 collections
Community Prints Add your picture
Be the first to share a picture of this printed object
0 comments

Sir Walter Joseph Sendall (1832-1904) was a colonial governor: a Governor-in-Chief and later High Commissioner in Cyprus between 1892-8 and British Guiana between 1898-1901. In 1902 he represented the West Indian colonies, Bermuda, and the Falkland Islands at the coronation of Edward VII, receiving the Coronation Medal. 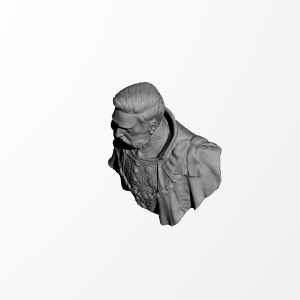