3D
Scan The World
1,597 views 60 downloads
3 collections
Community Prints Add your picture
Be the first to share a picture of this printed object
0 comments

This is a marble bas-relief depicting a siren, dangerous creature, who lured nearby sailors with their enchanting music and singing voices to shipwreck on the rocky coast of their island in Greek mythology. Roman poets placed them on some small islands called Sirenum scopuli. In some later, rationalized traditions, the literal geography of the "flowery" island of Anthemoessa, or Anthemusa, is fixed: sometimes on Cape Pelorum and at others in the islands known as the Sirenuse, near Paestum, or in Capreae. All such locations were surrounded by cliffs and rocks. 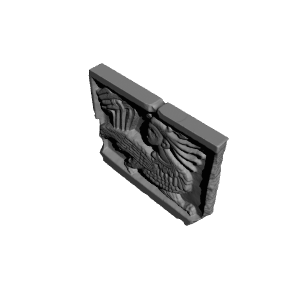 ×
3 collections where you can find Siren by Augustins