3D
Scan The World
1,725 views 54 downloads
3 collections
Community Prints Add your picture
Be the first to share a picture of this printed object
0 comments

"Henri Puvrez was a Belgian visual artist who was born in 1893. Numerous works by the artist have been sold at auction, including 'Le Violoniste' sold at Artcurial Briest-Poulain-F. Tajan 'Modern Art ' in 2012 for $9,998. The artist died in 1971."

"A mermaid is a legendary aquatic creature with the upper body of a female human and the tail of a fish. Mermaids appear in the folklore of many cultures worldwide, including the Near East, Europe, Africa and Asia. The first stories appeared in ancient Assyria, in which the goddess Atargatis transformed herself into a mermaid out of shame for accidentally killing her human lover. Mermaids are sometimes associated with perilous events such as floods, storms, shipwrecks and drownings. In other folk traditions (or sometimes within the same tradition), they can be benevolent or beneficent, bestowing boons or falling in love with humans." 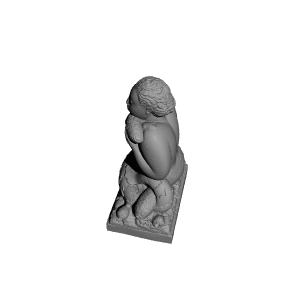 ×
3 collections where you can find Mermaid in Antwerp, Belgium by Scan The World