3D
Scan The World
2,637 views 86 downloads
1 collection
Community Prints Add your picture
Be the first to share a picture of this printed object
0 comments

Unpainted cast of the skull of an extict giraffid, Sivatherium giganteum. This cast is a part of a set produced by the East India Company and acquired by museums in the mid to late 19th century.

Imaged using a canon 5DSR to provide 88 images which were then processed using agisoft photoscan at medium levels. 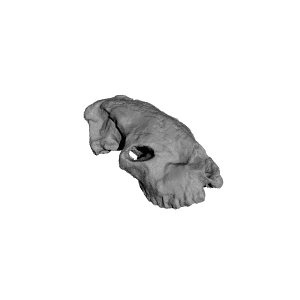 ×
1 collections where you can find Sivatherium Skull Cast by fossilsinshropshire