3D
Scan The World
4,499 views 462 downloads
6 collections
Community Prints Add your picture
Be the first to share a picture of this printed object
0 comments

This skull cast of Dr Johann Caspar Spurzheim (1776-1832) was donated to The Anatomical Museum by the Boston Phrenological Society in 1834. Spurzheim died in Boston during a lecture-tour after contracting typhoid. After a public autopsy, his brain, skull and heart were removed, preserved in jars and an elaborate public funeral was staged.

More of his body parts were cast and sent across the world for educational use. Those part of the Anatomical Museum's collection can be downloaded from Scan the World. 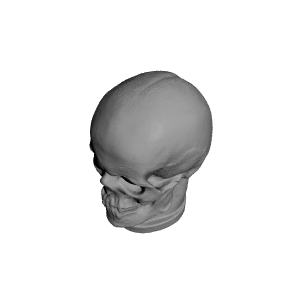 ×
6 collections where you can find Skull cast of Dr. Johann Caspar Spurzheim by AnatomicalMuseum