3D
Scan The World
2,344 views 150 downloads
Community Prints Add your picture
Be the first to share a picture of this printed object
0 comments

"A nymph in Greek mythology and in Latin mythology is a minor female nature deity typically associated with a particular location or landform. Different from other goddesses, nymphs are generally regarded as divine spirits who animate nature, and are usually depicted as beautiful, youngnubile maidens who love to dance and sing; their amorous freedom sets them apart from the restricted and chaste wives and daughters of the Greek polis. They are beloved by many and dwell in mountainous regions and forests by lakes and streams. Although they would never die of old age nor illness, and could give birth to fully immortal children if mated to a god, they themselves were not necessarily immortal, and could be beholden to death in various forms. Charybdis and Scyllawere once nymphs.

Other nymphs, always in the shape of young maidens, were part of the retinue of a god, such as Dionysus, Hermes, or Pan, or a goddess, generally the huntress Artemis. Nymphs were the frequent target of satyrs." 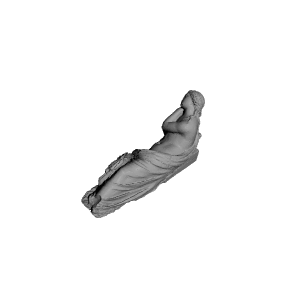 ×
0 collections where you can find Sleeping Water Nymph by geoffrey.marchal