Figural depictions of Buddha emerged in the second century AD, which is interestingly around the same time as images of Jesus Christ and Hindu divinities such as Shiva. This development may be the result of an increasing emphasis on one's personal relationship with a deity.

This buddha comes from a set of four. 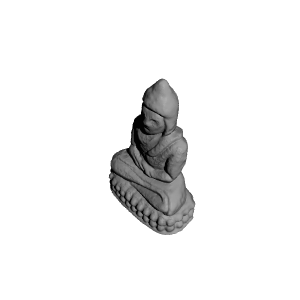