3D
360°
Scan The World
5,244 views 438 downloads
8 collections
Community Prints Add your picture
Be the first to share a picture of this printed object
0 comments

Smilodon, one of the most famous prehistoric mammals, represents an extinct genus that housed species such as the sabre-toothed cat. Although commonly called a tiger, the sabre-toothed cat is not closely related to modern tigers. Existing during the Pleistocene (2.5 million years ago), these large mammals could be over a meter tall and weigh up to 880 pounds! Smilodons hunted large herbivores such as bison or camels. Ultimately, the genera’s dependence on large prey would lead to its extinction around 10,000 years ago when the major herbivorous megafauna disappeared from North and South America.
___________ 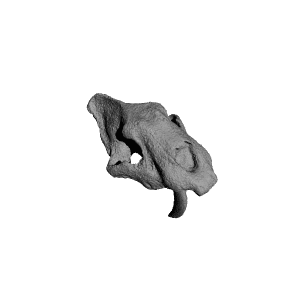 ×
8 collections where you can find Smilodon by redpathmuseum