3D
360°
Scan The World
1,461 views 109 downloads
Community Prints Add your picture
Be the first to share a picture of this printed object
0 comments

Lysimachus (360 BC – 281 BC) was a Macedonian officer and diadochus (i.e. "successor") of Alexander the Great, who became a basileus ("King") in 306 BC, ruling Thrace, Asia Minor and Macedon.

The historian Justin relates the story that Lysimachus smuggled poison to a person Alexander had condemned to a slow death and was himself thrown to a lion as punishment, but overcame the beast with his bare hands and became one of Alexander's favorites. Some coins issued during Lysimachus's appointment had his image on one side and a lion on the other. 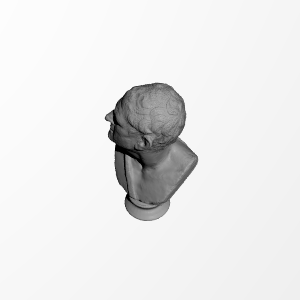