3D
Scan The World
1,907 views 62 downloads
Community Prints Add your picture
Be the first to share a picture of this printed object
0 comments

In 1961, Claes Oldenburg wrote a manifesto asserting his radical artistic position: “I am for an art that is political-erotical-mystical, that does something other than sit on its ass in a museum.”

In the early 1960s artists in both Europe and the United States plundered the imagery and symbolism of contemporary mass culture, which was strongly affected by the advent of consumerism after the Second World War. They made no distinction between high and low culture: all expressions of contemporary society were relevant. Some parodied consuemr society with its constant waves of new products and trends. Others, such as Andy Warhol, took a more refined approach. His work refers to the vehicle for imagery (photography in newspapers and magazines) and to the effect of the mass distribution of images. 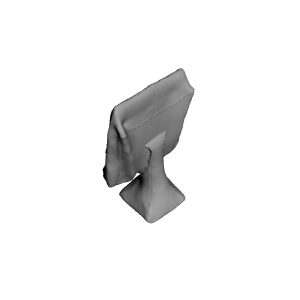 ×
0 collections where you can find Soft Sink by CEG