3D
Scan The World
3,541 views 211 downloads
Community Prints Add your picture
Be the first to share a picture of this printed object
0 comments

Wojtek (1942–1963; Polish pronunciation: [ˈvɔjtɛk]) usually spelled Voytek in English, was a Syrian brown bear found in Iran and adopted by soldiers of the 22nd Artillery Supply Company of the Polish II Corps. He was later officially enlisted as a soldier of the company with the rank of Private, and subsequently became a Corporal. During the Battle of Monte Cassino, Wojtek helped move crates of ammunition. The name "Wojtek" is a diminutive (hypocorism) form of "Wojciech", an old Slavic name that is still common in Poland today and means "he who enjoys war" or "joyful warrior".

Following the end of World War II in 1945, Wojtek was transported to Berwickshire in Scotland with the rest of the 22nd Company. They were stationed at Winfield Airfield on Sunwick Farm, near the village of Hutton, Scottish Borders. Wojtek soon became popular among local civilians and the press, and the Polish-Scottish Association made him one of its honorary members.

Following demobilisation on 15 November 1947, Wojtek was given to Edinburgh Zoo, where he spent the rest of his life, often visited by journalists and former Polish soldiers, some of whom would toss him cigarettes, which he proceeded to eat because there was no one there to light them for him 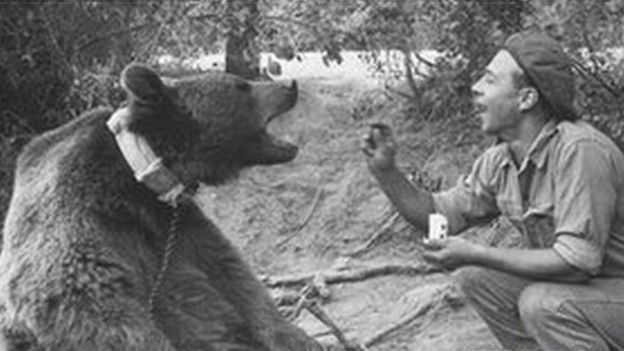 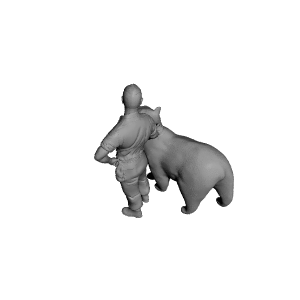 ×
0 collections where you can find Solider Bear 'Wojtek' on Princes Street, Edinburgh by R33S