3D
Scan The World
4,006 views 342 downloads
3 collections
Community Prints Add your picture
Be the first to share a picture of this printed object
0 comments

In Greek mythology, Niobe was a daughter of Tantalus and of either Dione, the most frequently cited, or of Eurythemista or Euryanassa, and the sister of Pelops and Broteas. Niobe’s father is referred to as “Phrygian” and sometimes even as “King of Phrygia”. Niobe boasted of her fourteen children, seven male and seven female (the Niobids), to Leto who only had two children, the twins Apollo and Artemis. 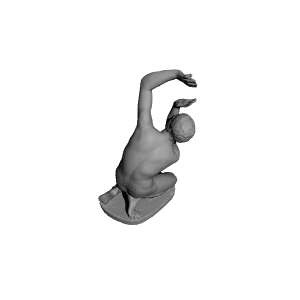 ×
3 collections where you can find Son of Niobe by geoffrey.marchal