This plaster cast was acquired in 1898 after a Roman sculpture found in the theatre of Terracina, Italy. The work is a copy of a now lost Greek original from ca. 330 BC, ca. 100 years after Sophocle's tragedy was first put forward. Sophocle's tragedies are well known today, such as the tragedy of King Oedipus, who has played a major role in psychoanalysis as the primordial myth of everyone's guilt, but especially about the boy's unconscious desire for his own mother and to kill his own father. 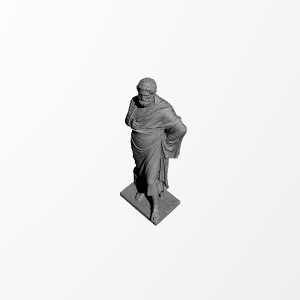