The Bible narrates the story of Suzanne, a young woman who after bathing refuses the dishonest proposal of two old men. These, accuse her of being adulterous in order to take revenge on her refusal. Daniel the prophet proves her innocence saving the woman from the old men’s lies.

In this sculpture, Cabet represented the moment after Suzanne’s bath. She’s half naked, covering her nudities with just a small piece of draped fabric. Her hair and facial features might be an allusion to Canova’s Venus. 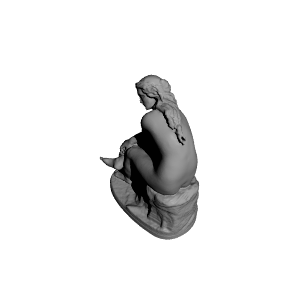