3D
Scan The World
4,553 views 204 downloads
1 collection
Community Prints Add your picture
Be the first to share a picture of this printed object
0 comments

"The Tombs of the Unknown Soldiers typically contain the remains of a dead soldier who is unidentified (or "known but to God" as the stone is sometimes inscribed). The remains are considered impossible to be identified, and so serve as a symbol for all of a country's unknown dead wherever they fell in the war being remembered. The anonymity of the entombed soldier is the key symbolism of the monument; it could be the tomb of anyone who fell in service of the nation, and therefore serves as a monument symbolizing all of the sacrifices." 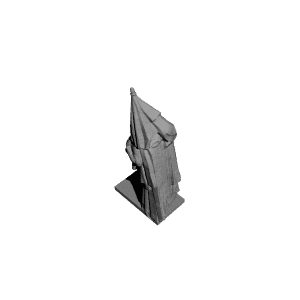 ×
1 collections where you can find Soviet Soldier in Timisoara, Romania by apllana