3D
6,925 views 663 downloads
10 collections
Community Prints Add your picture
Be the first to share a picture of this printed object
0 comments

NASA's Space Launch System, or SLS, is an advanced launch vehicle for a new era of exploration beyond Earth's orbit into deep space. SLS, the world's most powerful rocket, will launch astronauts in the agency's Orion spacecraft on missions to an asteroid and eventually to Mars, while opening new possibilities for robotic scientific missions to other planets and moons in our solar system. In 2015, NASA completed the Critical Design Review of the SLS vehicle, with final sign-off from agency leadership to move forward on production of flight hardware for the launch vehicle. Engineers at Marshall Space Flight Center in Huntsville, Alabama along with more than 800 contract companies from across 45 states, continue to make rapid progress aimed toward delivering the first SLS rocket in 2018 to NASA's Kennedy Space Center in Florida for its first launch. 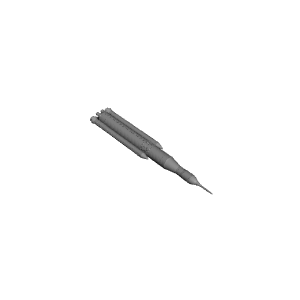