3D
Support Free Scan The World
2,317 views 213 downloads
2 collections
Community Prints Add your picture
Be the first to share a picture of this printed object
0 comments

This is a mould from an original piece which is soon to be available to download and print.

AVM Curiosities have created a contemporary sugar sculpture that takes inspiration from European architectural heritage. Historically, sugar sculptures were synonymous with luxury and power. Alabaster Ruins combines ancient and modern techniques, using a 17th-century ‘sugar-plate’ recipe alongside 3D printing technology. It brings together fragments of English Tudor, French Gothic, German Baroque and classical Greek structures. The forms, scanned by MyMiniFactory and cast from the V&A’s collection, are transformed into transient ruins. They point to the ephemerality and consumption of European culture, and the Museum’s urge to preserve it.

Collecting Europe transports us 2,000 years into the future and invites us to look back on our present and pose the question 'What is Europe now?'. As the debate about the future of Europe continues, 12 artists were commissioned to imagine themselves in the year 4017 to question Europe and European identity.

This festival is a collaboration between The V&A, Goethe Institut and British Council. 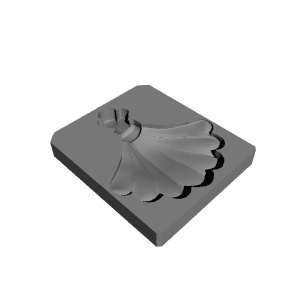