3D
Scan The World
2,079 views 87 downloads
2 collections
Community Prints Add your picture
Be the first to share a picture of this printed object
0 comments

This Sphinx originates from the Hellenistic city of Umm el-'Amed, on the Ladder of Tyre. Two temples were built in Umm el-'Amed roughly around 287 and 222 BC. Long after the death of Alexander the Great, they were constructed in the Ptolemaic period, combining elements of Greek religion and the pagan tendencies of the local population. 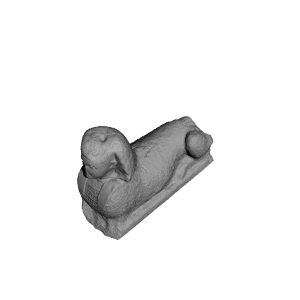 ×
2 collections where you can find Sphinx by Scan The World