This sphinx with putto is situated in front of the Upper Belvedere.

Sphinxes were set up in baroque palaces as a symbolic expression of strength and wisdom. The Upper Belvedere is 23 metres higher than the Lower Belvedere. The sculptures in the garden between the two buildings reflect the ascent from the underworld to mount Olympus. Here, these sphinxes play the role of guardians of Olympus. 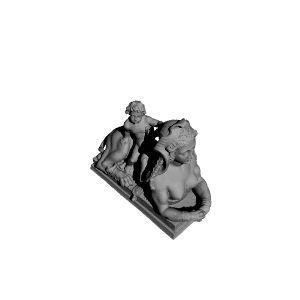