3D
Scan The World
1,932 views 151 downloads
2 collections
Community Prints Add your picture
Be the first to share a picture of this printed object
0 comments

Since the Archaic period, sphinxes appear as symbolic guardians on funerary monuments. These hybrid creatures - winged lions with a human head - were adopted by the Greeks from the Near East in the seventh century BC. Other motifs of eastern origin, such as sirens bewailing death, enjoyed equal popularity. 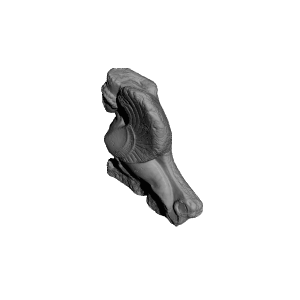