3D
5,194 views 351 downloads
3 collections
Community Prints Add your picture
Be the first to share a picture of this printed object
0 comments

Spinosaurus is a genus of theropod dinosaur that lived in what now is North Africa, during the lower Albian to lower Cenomanian stages of the Cretaceous period, about 112 to 97 million years ago. This genus was known first from Egyptian remains discovered in 1912 and described by German paleontologist Ernst Stromer in 1915. 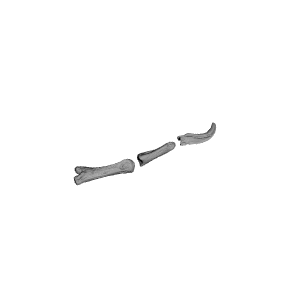 ×
3 collections where you can find Spinosaurus - Skulls, Bones and Claws by InZert Graphics