3D
Scan The World
1,547 views 88 downloads
Add to collection
5 0
Community Prints Add your picture
Be the first to share a picture of this printed object
0 comments

Antokolsky felt a strong inner bond between Spinoza and himself, as Spinoza’s dual identity paralleled his own: they both challenged tradition, becoming outsiders within and outside of their communities. A descendent of marranos(Jews who converted during the Spanish Inquisition but practiced Judaism secretly or later returned to it), Spinoza was raised in a deeply religious household and educated to become a rabbi. However, he became drawn to secular subjects, particularly philosophy, and began to question aspects of his faith. Accused of betraying Judaism and becoming an atheist, he was excommunicated in 1656 at 24 years old, and later exiled from Amsterdam. Although he never abandoned Judaism and changed religions, his unconventional views were threatening to a Jewish community still recovering from the Spanish Inquisition and concerned with reviving and maintaining traditions. 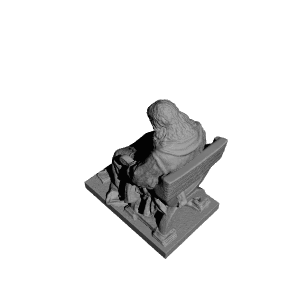 ×
0 collections where you can find Spinoza by Scan The World