3D
2,490 views 81 downloads
1 collection
Community Prints Add your picture
Be the first to share a picture of this printed object
0 comments

Spirit drove 4.8 miles (7.73 kilometers), more than 12 times the goal set for the mission. The drives crossed a plain to reach a distant range of hills that appeared as mere bumps on the horizon from the landing site; climbed slopes up to 30 degrees as Spirit became the first robot to summit a hill on another planet; and covered more than half a mile (nearly a kilometer) after Spirit's right-front wheel became immobile in 2006. The rover returned more than 124,000 images. It ground the surfaces off 15 rock targets and scoured 92 targets with a brush to prepare the targets for inspection with spectrometers and a microscopic imager. 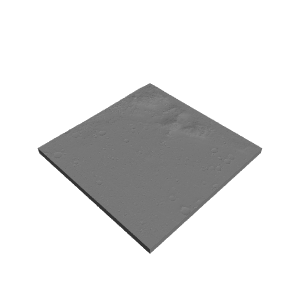 ×
1 collections where you can find Spirit Rover Path by NASA