St Anne with the Virgin and Child

3D
Scan The World
1,827 views 59 downloads
Community Prints Add your picture
Be the first to share a picture of this printed object
0 comments

St Anne with the Virgin and Child

The exhibition wood-carving is most likely an older example of the Silesian sculpture based on the Madonna standing on the Lion. The Lion in this rare Marian type, which appeared probably at the court of Charles IV, was either the symbol of Sin, or Wisdom (as the throne of Solomon). Silesia (?). 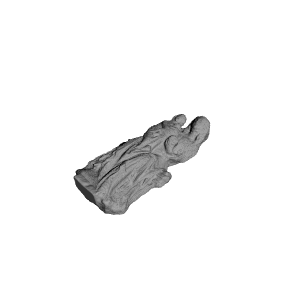