3D
Scan The World
1,116 views 206 downloads
5 collections
Community Prints Add your picture
Be the first to share a picture of this printed object
4 comments

This baroque statue depicts St. Barbara and was made around 1731.
According to the legend, Barbara of Nicomedia was a Christian virgin and martyr of the 3rd century. She was beheaded by her father because she refused to give up her Christian faith and her virgin devotion to God.

The main attributes of the saints are the tower and chalice, that is why she has been depicted with such symbols. 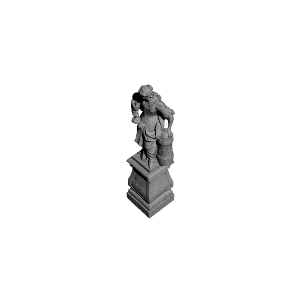 ×
5 collections where you can find St. Barbara by noe-3d