St Jerome at The National Art Museum in Copenhagen, Denmark

3D
Scan The World
4,879 views 520 downloads
8 collections
Community Prints Add your picture
Be the first to share a picture of this printed object
0 comments

St Jerome at The National Art Museum in Copenhagen, Denmark

This is a scan of the Bas relief made in stone by Andrea Bregno. The 3D scan has been made at the National Art Gallery museum in Copenhagen. All the pictures (103 in total) have been processed with Memento beta from Autodesk using photogrammetry technology. The 3D scan has been cleaned with Blender 2.73a and Netfabb 5.2.0, and sliced with Slic3r 1.2.6. The model has been prepared in such way to avoid too much overhanging and if printed slowly, should not need material support.

Saint Jerome was an Illyrian Latin Christian priest, confessor, theologian and historian, who also became a Doctor of the Church. He was the son of Eusebius, of the city of Stridon, on the border of Dalmatia and Pannonia. He is best known for his translation of most of the Bible into Latin (the translation that became known as the Vulgate), and his commentaries on the Gospels. His list of writings is extensive. Known as the “protégé” of the former Pope Damasus, who died in December of 384, Jerome became well known for outlining the type of lifestyle that was acceptable for Christians living in cosmopolitan centers like Rome. In many cases, he focused his attention to the lives of women and identified how a woman devoted to Jesus Christ should live her life. This concentration stemmed from his close patron relationships with several prominent female ascetics who were members of affluent Roman “senatorial families”.

He is recognised as a saint by the Roman Catholic Church, the Eastern Orthodox Churches, the Lutheran Church, and the Church of England (Anglican Communion). Jerome is commemorated on 30 September with a memorial. 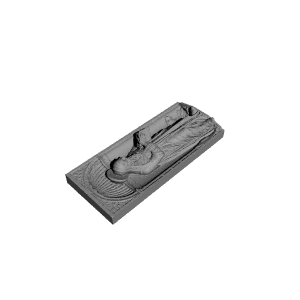 ×
8 collections where you can find St Jerome at The National Art Museum in Copenhagen, Denmark by geoffrey.marchal