3D
Scan The World
1,499 views 101 downloads
Community Prints Add your picture
Be the first to share a picture of this printed object
0 comments

St John Nepomuk is a national saint of the Czech Republic. He was martyred in 1393 at the request of King Wenceslaus IV of Bohemia by being thrown from a bridge into the river Vltava. He was the confessor of the queen, and would not reveal her secrets to her husband. This figure, by one of the leading sculptors in Mainz, is based on one that was put up on the bridge in the late 17th century. 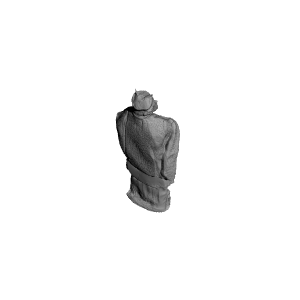