Figure of St. John of Nepomuk in front of the Ulrichskirche in Vienna. St. Nepomuk carries in his right hand the martyr’s palm and the cross, in his right hand he holds his biretta. The statue from the 2nd half of the 18th century was made by Franz Xaver Seegen.

John of Nepomuk, canonised in 1729, is considered the third most frequently depicted saint in Austria after Mary and Joseph, and is often seen as protecting bridges. 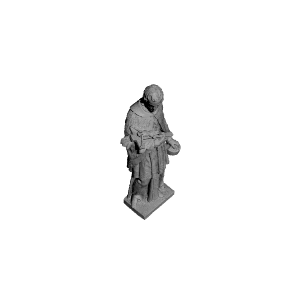 ×
0 collections where you can find St. John of Nepomuk by noe-3d