3D
Scan The World
1,410 views 92 downloads
Community Prints Add your picture
Be the first to share a picture of this printed object
0 comments

John used baptism as the central symbol or sacrament of his messianic movement. Most scholars agree that John baptized Jesus. Some scholars believe Jesus was a follower or disciple of John. This idea is strongly controverted, however, by John the Baptist's own words in scripture, although several New Testament accounts report that some of Jesus' early followers had previously been followers of John. John the Baptist is also mentioned by the Jewish historian Josephus. 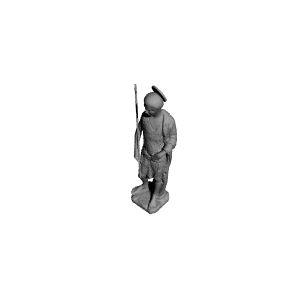 ×
0 collections where you can find St. John the Baptist by Scan The World