The St. Louis Cardinals are a professional baseball franchise based in St. Louis, Missouri who compete in the National League (NL) of Major League Baseball (MLB). The new Busch Stadium has served as their home park since 2006. The Cardinals' roots commence from an earlier local team of the NL from whom they took their original name, the Brown Stockings. St. Louis established themselves in 1882 as a charter member of the American Association (AA), shortened their name to Browns the next season, then joined the NL in 1892. They were also known as the Perfectos before adopting Cardinals as their official name in 1900. 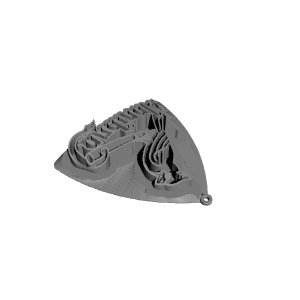 Initial layer is a bit thin but came out nice.