3D
Scan The World
1,722 views 112 downloads
3 collections
Community Prints Add your picture
Be the first to share a picture of this printed object
0 comments

This is a limewood statue depicting St Maurice, an officer of the Theban Legion from Egypt. The Roman emperor Maximian ordered the entire legion to be slaughtered because they refused to kill innocent Christians. The statue probably comes from an altarpiece. Maurice is usually depicted as a black saint, and here the face might originally have been painted black. 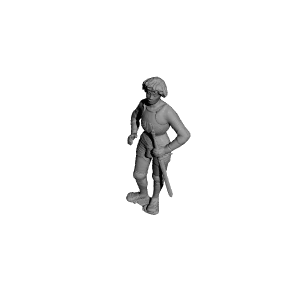