3D
Scan The World
7,392 views 982 downloads
6 collections
Community Prints Add your picture
Be the first to share a picture of this printed object
1 comments

Michael is mentioned three times in the Book of Daniel, once as a "great prince who stands up for the children of your people". The idea that Michael was the advocate of the Jews became so prevalent that, in spite of the rabbinical prohibition against appealing to angels as intermediaries between God and his people, Michael came to occupy a certain place in the Jewish liturgy. 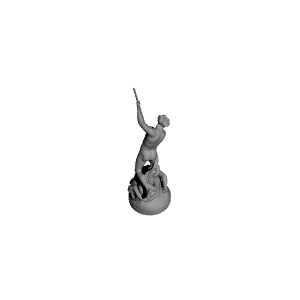