3D
Scan The World
4,280 views 342 downloads
2 collections
Community Prints Add your picture
Be the first to share a picture of this printed object
0 comments

Seated figure of St. Peter, wearing a cope and holding keys in his right hand and an open bible in his left hand. He was the leader of the apostles. He was called Simon, a brother of St Andrew, who introduced him to Christ. He became the first bishop of Rome. From early times Peter was invoked as a universal saint, and as the doorkeeper of heaven, hence the keys.

This figure was originally brightly painted. It would probably have been set in a church, on a console or ledge on one of the nave columns, with candles burning before it. 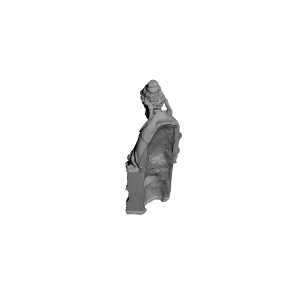 ×
2 collections where you can find St Peter by vam