Figure of St. Ulrich in front of the St. Ulrich church in Vienna. The saint is dressed in the bishop’s regalia and holds as an attribute a book with a fish lying on it in his hand. The statue made by Franz Seegen dates from the 2nd half of the 18th century.

St. Ulrich of Augsburg (890-973) was bishop of Augsburg from 923 to 973. The memory of his ascetic life, his charity and piety soon led to a veneration as a saint among the people, which spread over large parts of Europe. Above all in Augsburg and in southern Germany, his name became extremely popular as a first name in the late Middle Ages. Numerous churches were dedicated to him. 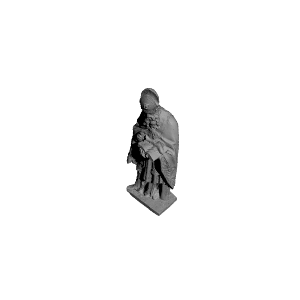 ×
5 collections where you can find St. Ulrich by noe-3d