3D
360°
Featured Scan The World
1,736 views 150 downloads
2 collections
Community Prints Add your picture
Be the first to share a picture of this printed object
0 comments

This full-figure sculpture is a cast of an original sandstone work found on the southern face of Freiberg Cathedral. It depicts a standing woman, wearing a crow and holding a scepter and scroll.

The identity of the woman is not confirmed. Due to its placement close to a blindfolded woman (Synagoga), it could be its counterpart, Ecclesia. It has also been suggested that the work depicts Bathsheba, a woman who was summoned by King David, who fell in love with her after he saw her bathing. 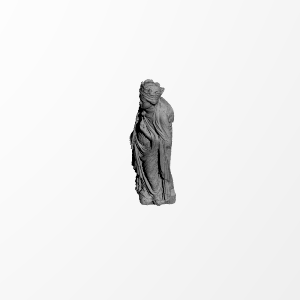 ×
2 collections where you can find Standing Woman, Ecclesia or Bathsheba by SMK - Statens Museum for Kunst