3D
7,886 views 1,003 downloads
10 collections
Community Prints Add your picture
Be the first to share a picture of this printed object
2 comments

Star-Lord (Peter Quill) is a fictional superhero appearing in comic books published by Marvel Comics. Created by Steve Englehart and Steve Gan, the character first appeared in Marvel Preview #4 (Jan. 1976). The son of a human mother and alien father, Quill assumes the mantle of Star-Lord, an interplanetary policeman.

The character played a role in the crossover comic book storylines "Annihilation" (2006) and "Annihilation: Conquest" (2007), and became the leader of the space-based superhero team Guardians of the Galaxy in the 2008 relaunch of the comic of the same name. He has been featured in a variety of associated Marvel merchandise, including animated television series, toys, and trading cards. Chris Pratt portrays Peter Quill as the lead character in the 2014 live-action film Guardians of the Galaxy. 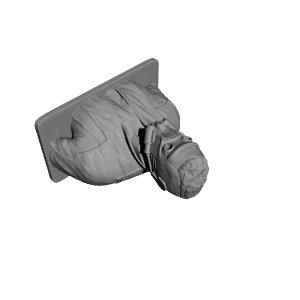 ×
10 collections where you can find Starlord bust by Stefanos