Statue from the Nereid Monument at The British Museum, London

3D
Scan The World
3,702 views 134 downloads
Community Prints Add your picture
Be the first to share a picture of this printed object
0 comments

Statue from the Nereid Monument at The British Museum, London

The daughters of the sea-deities Nereus and Doris are known as Nereids. Numbering between 50 and 100, they were popular figures in Greek literature. They were believed to be personifications of the waves of the ocean, and benign toward humanity. The best known of the Nereids were Amphitrite, consort of Poseidon (a sea and earthquake god); Thetis, wife of Peleus, king of the Myrmidons, and mother of the hero Achilles; and Galatea.

This figure is draped in a fine chiton (tunic), its folds enlivened by the rush of the sea breeze against her. A mantle falls over her left shoulder. She was carried along by a sea bird visible below the hem of her skirt. Her portrayal here is perhaps meant to suggest the means by which the soul of the deceased was transported to the afterlife. 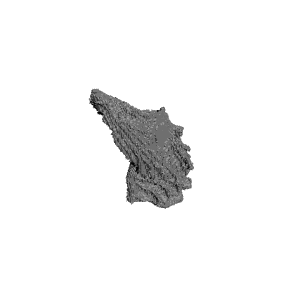 ×
0 collections where you can find Statue from the Nereid Monument at The British Museum, London by Scan The World