Statue of a fighting Gaul

3D
Scan The World
1,851 views 104 downloads
2 collections
Community Prints Add your picture
Be the first to share a picture of this printed object
0 comments

Statue of a fighting Gaul

This statue was found in the Agora of the Italians on Delos.

The warrior, wounded in the thigh, has fallen to the grounf on his right knee, and will have been attempting to defend himself against his enemy with his left arm.

On the ground, next to him rests a Galatian helmet.

This is a typical example of Late Hellenistic sculpture with features of the Pergamene school. According to one view the statue was probably made by the sculptor Agasias. 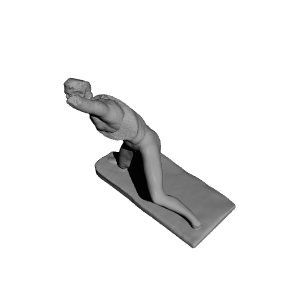