Statue of a goddess, probably Aphrodite

3D
Scan The World
1,438 views 42 downloads
Community Prints Add your picture
Be the first to share a picture of this printed object
0 comments

Statue of a goddess, probably Aphrodite

This statue was found near the Monastery of Loukou, Arkadia. It was probably part of the decoration of the villa of Herodes Atticus.

Aphrodite was the first subject of female nudity in Western art. Her representation marked a shift from the more ancient depictions of naked women which were much more opulent, often being the embodiment of fecundity. The Roman and Greek Aphrodite was represented in a "mathematically perfect" way. 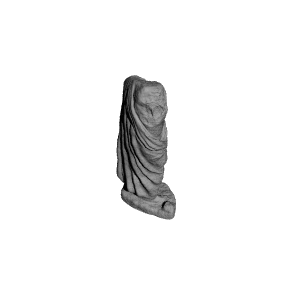 ×
0 collections where you can find Statue of a goddess, probably Aphrodite by Scan The World