3D
Scan The World
4,022 views 161 downloads
2 collections
Community Prints Add your picture
Be the first to share a picture of this printed object
0 comments

This statue was found in the sanctuary of Ptoan Apollo in Boeotia. The soft modelling and the mild transition from one body part to another indicate that the statue comes from a Cycladic workshop. 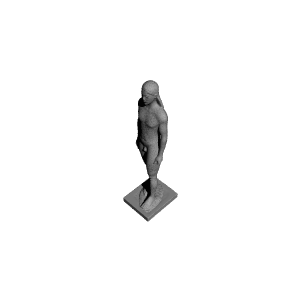