3D
Scan The World
1,713 views 63 downloads
Community Prints Add your picture
Be the first to share a picture of this printed object
0 comments

The statue depicts a mantle - clad young Muse leaning on a Rock pillar, lost in thought. She is holding a papyrus scroll (the symbol of her art) in her left hand. The identification with Polimnia is not certain. The statue is probably a copy after one of the Muses created by Philiskos of Rhodes in the second century B.C. and later brought to Rome. 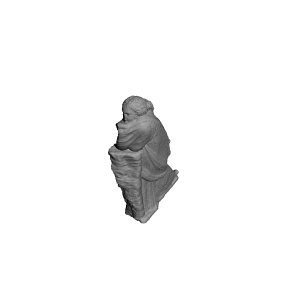 ×
0 collections where you can find Statue of a Muse (Polimnia ?) by Scan The World