Statue of a Young Woman Wearing a Peplos

3D
Scan The World
2,676 views 99 downloads
Community Prints Add your picture
Be the first to share a picture of this printed object
0 comments

Statue of a Young Woman Wearing a Peplos

The statue is high-quality Roman copy from the early Imperial Age. The woman dressed in the heavy woolen peplos once held a fruit bowl in her hand, which is no longer attached due to the missing left lower arm. This attribute characterised her as being in the act of devotion. Stylistically, she is related to the girls from the Parthenon frieze. 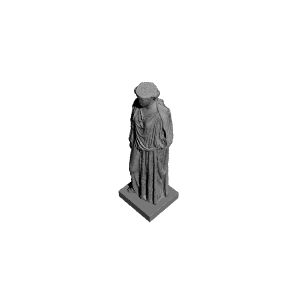