Statue of an Empress

3D
Scan The World
1,544 views 74 downloads
2 collections
Community Prints Add your picture
Be the first to share a picture of this printed object
0 comments

Statue of an Empress

This is a sculpture that probably originally featured the portrait head of an empress, presumably Sabina. The statue was a part of a representative facade of a fountain built by Herodes Atticus, he was trying to show his closeness and loyalty to the Emperor. She is in the style of a famous figure type of the 4th century BC. 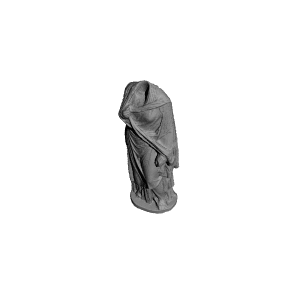