3D
Scan The World
3,208 views 90 downloads
2 collections
Community Prints Add your picture
Be the first to share a picture of this printed object
0 comments

Late Republican replica after the Greek original of the late fifth century BC. From the Via Orazio (1887).

An Apollo Citharoedus, or Apollo Citharede, is a statue or other image of Apollo with a cithara (lyre). Among the best-known examples is the Apollo Citharoedus of the Vatican Museums, a 2nd-century AD colossal marble statue by an unknown Roman sculptor. Apollo is shown crowned with laurel and wearing the long, flowing robe of the Ionic bard. The statue was found in 1774, with seven statues of the Muses, in the ruins of Gaius Cassius Longinus' villa near Tivoli, Italy. The sculptures are preserved in the Hall of the Muses, in the Museo Pio-Clementino of the Vatican Museums. 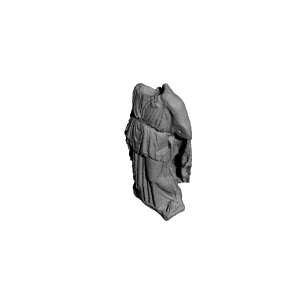