Statue of Apollo with his Lyre

3D
Scan The World
2,284 views 159 downloads
3 collections
Community Prints Add your picture
Be the first to share a picture of this printed object
0 comments

Statue of Apollo with his Lyre

The iconography of Apollo, seated on a rock with a lyre in his left hand, is based on Hellenistic models and resembles the companion piece opposite. Though much reworked, the original part of the statue can be dated to the first half of the 2nd century AD. The 17th-century restorations are ascribed to Ippolito Buzio who drew inspiration for the head from the famous statue of Apollo Belvedere. 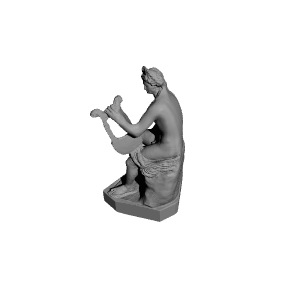